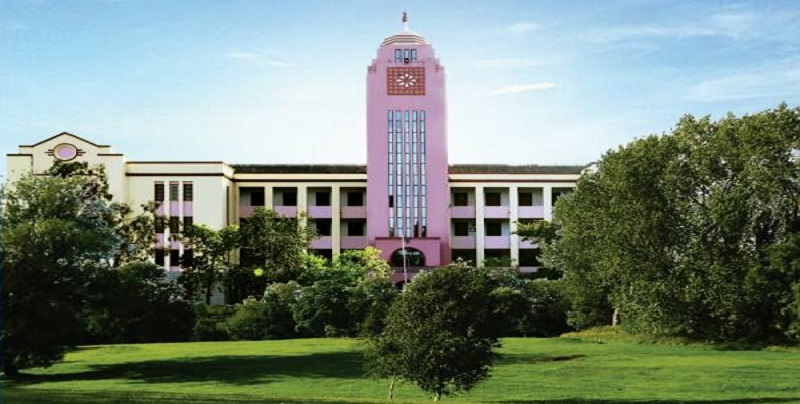 Mar Ivanios College since its inception under the percipient guidance of Servant of God Archbishop Mar Ivanios in 1949 has been an institution of distinction providing quality education. The College is one of the Malankara Syrian Catholic Colleges established and administered by the Major Archdiocese of Trivandrum in accordance with the rights of the minority community guaranteed in the Constitution of India. Archbishop Benedict Mar Gregorios of revered memory was the first Principal of the College and Patron for 40 years. His Beatitude Moran Mor Baselios Cardinal Cleemis Catholicos, the Major Archbishop of Trivandrum is the Patron and the Manager of the College and executes the administration through the Managing Council.

In its endeavor to achieve excellence in academic pursuit, the Institution has established six Research Centres attached to the Departments of English, Mathematics, Physics, Chemistry, Zoology, and Commerce. Mar Ivanios College is the first Institution in the University of Kerala to receive accreditation from the National Assessment and Accreditation Council (NAAC) in 1999. The College was also the first to be re-assessed and re-accredited with 'A' Grade by NAAC in 2004. In 2011 the College was re-assessed by the NAAC Peer team as part of the Third Cycle of re-accreditation process. Mar Ivanios College became the first private college affiliated to the University of Kerala to receive the status of CPE (College with Potential for Excellence) from the UGC in 2004 and the same was extended in 2014. The College has been conferred with Autonomy status by the University of Kerala upon recommendations from UGC from 13th June 2014. Mar Ivanios College bagged 36th position in the National Institutional Ranking Framework (NIRF) 2018 among the category of Arts, Science and Commerce colleges.

The NAAC Peer Team over the years has commended the various contributions of the College to the student community and society at large. The opportunities for student progression provided by the College are unparalleled and the support aims at comprehensive care in academic, social, vocational, ethical and spiritual spheres of life. Total quality management is evident in the functioning of the Institution. The College has contributed to the State and the Nation's leadership in almost all areas, besides uplifting a considerable body of weak sections of the population. The College has a tradition of familial fellowship and distinctive academic progress.

Excerpts from the reports of the NAAC Peer Team:

"The Peer Team has no hesitation in listing Mar Ivanios College as a leading institution and being benchmarked for its organisational setup, its constituencies working as a family and its efforts to promote 'character' in students through emphasis on values and discipline at every turn..... Remarkable features of the college include (1) a strong sense of discipline among staff and students of the college and (2) the nurturing of a culture of togetherness among management, teachers, non-teaching staff, students, guardians and alumni.... It is eminently suited to being conferred Autonomous Institution Status. One day we hope it can become a Deemed-to-be-University. Such is its reputation that a student of Mar Ivanios is considered very lucky as there are plenty of opportunities for personality development and all round growth.... In a nutshell, we, the Peer Team of NAAC, have no hesitation to state that this is one of the best run institutions not only in Kerala, but in the country".

"Unlike most other affiliated Colleges, Mar Ivanios College has a commendable research presence on the campus....

The initiatives taken by the Mar Ivanios College in quality enhancement during the first accreditation phase are highly appreciable. The Peer Team believes that the Institution deserves higher accolades and elevated educational status in the years to come...."

"The Committee, after taking into consideration all aspects of progress made by the College in implementing the CPE Scheme strongly recommends continuation of the scheme, College with Potential for Excellence...."

``It is recommended that..... in any case the University, in consultation with the Government make a start with the system of autonomous colleges by granting autonomy to the Government College for Women, Trivandrum and Mar Ivanios College Trivandrum....".