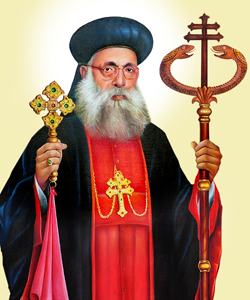 Servant of God Mar Ivanios is held in deep reverence for his devotion to God and man. He is a blessed soul who has inspired thousands through his prayer life, charismatic personality, broad vision, ascetic ministry, and untiring efforts for peace and human well-being.

Mar Ivanios was born in Mavelikara in Kerala on 21st September 1882. He was ordained Deacon on 9th January 1900. He took his M.A. Degree from Madras Christian College in 1907. This won him the familiar appellation, M. A. Achen, as he was the first to acquire this academic distinction among the clergy from the Syrian Orthodox fold. Soon he was appointed Principal of M. D. Seminary High School, Kottayam where he had been… 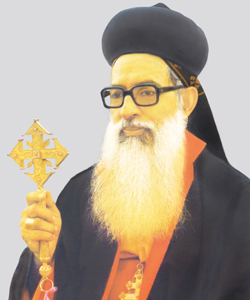 His Grace Most Rev. Benedict Mar Gregarious was the Archbishop of Trivandrum for more than four decades, heading the Malankara Syrian Catholic Church, till the day of his demise on 10th October 1994. He was a person loved and honored by all, irrespective of caste or creed. With his charisma and dynamism, he involved himself in almost all the developmental activities of the State. He gave a new dimension to spirituality by recognizing the role of action in human life. His contribution to the fields of Education, Agriculture, Rural Development, Housing Economics, and Culture has been very significant and acclaimed as commendable on the part of the Religious Head. He was the first Principal of Mar Ivanios College and… 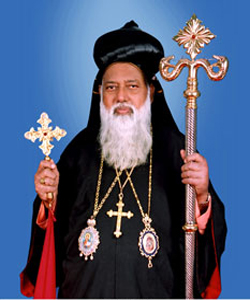 HIS BEATITUDE MORAN MOR CYRIL BASELIOS CATHOLICOS has the avowed mission of interpreting the will of God for the welfare of humanity. Born in 1935, at Ullannoor in the district of Pathanamthitta, in a family blessed with two priests, four nuns, and an Archbishop, today, HIS BEATITUDE MORAN MOR CYRIL BASELIOS CATHOLICOS is the Religious Head of the Malankara Catholic Church and the Vice-President of the Catholic Bishop's Conference of India.

His deep-rooted knowledge in Theology, Philosophy, Psychology, and Economics has a source in spirituality. It is the vision of His Grace that this spiritual knowledge should be in the material growth of humanity. His Grace believes that technology should be an integral part of education, for the…